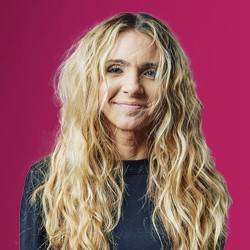 Carrie came on board with VBA in April of 2016 with 10 years of experience in the vision industry. Prior to joining our team, Carrie was a store manager for Pearle Vision, where she increased comp sales and operating profit at four different locations. Carrie received her Bachelor Degree in Business from Slippery Rock University.

Carrie served as a Provider Relations Territory Field Representative for VBA from April 2016 to April 2017, when she transitioned into her current role as an Account Executive. Carrie is responsible for developing and maintaining relationships with brokers and companies in Western PA, as well as Eastern Maryland.

Carrie was born and raised in Lower Burrell, PA, where she resides today. Her hobbies include CrossFit, bodybuilding, and spending time with her loved ones. She is likely to indulge in good cup of coffee & a great pair of shoes.